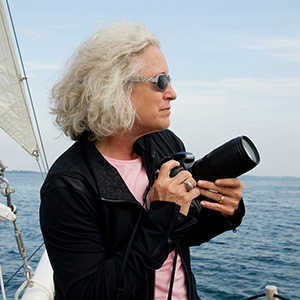 While touring Gail’s studio, students will have the rare opportunity to see the magic that goes into each photograph and experience all that is involved in the daily operations of a working studio. This will include lighting, props, costumes, 300 hats, posing and all the tools that
Gail uses to get the most natural expressions on any given subject. Painting with a camera and conducting a symphonic photograph will be demonstrated and then each participant will have a chance to practice what they learned.

Gail’s passion has taken her around the world photographing amazing events and places such as Princess Diana’s funeral procession in London, a Sahara Desert caravan, the plains of Serengeti, Havana’s exotic street scenes with vintage 1950’s cars, Mexico’s Day of the Dead, the floating markets of Kashmir, bathers in the River Ganges, and the Dalai Lama’s 77th birthday in Dharasmsala, India.

Gail will teach how she makes a personal connection with everyone to bring out their very best self in every photo. You will delight in Gail’s stories and experiences while learning from observing a master photographer in her element.

At 8 years old a prodigy was ignited at Sky Farm Camp in upstate New York when a Kodak Brownie was put in her hands. Gail Nogle immediately ran out of film photographing everyone there and their dog. While children’s photography and portraiture have been her first photographic love and forté, the whole world is her current studio now. Gail has expanded her art to painting with a camera and conducting symphonic photographs around the world. To see Gail Nogle’s essence, go to watch her three YouTube videos titled “Portraits,” “Painting with a Camera” and “Exotica.” and go to www.GailNoglePhoto.com.